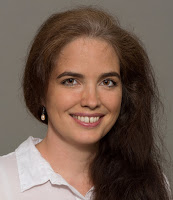 Enikő Kubinyi is a senior research fellow at the Department of Ethology, Eötvös Loránd University (Budapest, Hungary) and the PI of the Senior Family Dog Project, supported by an ERC Starting Grant. She holds a PhD in ethology, and degrees in biology, video communication, and biology teaching. Her research group explores the cognitive ageing of family dogs using an interdisciplinary approach with behavioural, neuroscientific, and genetic testing methods and established a unique, donation-based Dog Brain and Tissue Bank. She has published 85 articles in peer-reviewed journals, with more than 4700 citations (GS), about canine social learning, dogs’ and wolves’ comparative cognition, ethorobotics, personality, and behavioural genetics.

Kubinyi has joined the Family Dog Research Project (Budapest, Hungary) to study the behavioural and cognitive aspects of the dog-human relationship as an undergraduate student. She has also participated in research projects at the Sony Computer Science Laboratory, Paris, at the University of Sussex, England, at the MTA-ELTE Statistical and Biological Physics Research Group, and the MTA-ELTE Comparative Ethology Research Group.  Her current group explores the cognitive ageing of family dogs in a complex way, using an interdisciplinary approach with behavioural, neuroscientific, and genetic testing methods. The results are expected to provide guidelines for a healthy lifestyle toward successful ageing, and to aid our understanding of the biological background human cognitive ageing. They have also established a unique, donation-based Dog Brain and Tissue bank. She has also studied dogs’ and wolves’ comparative cognition, ethorobotics, personality, and behavioural genetics.

Kubinyi has received several grants (e.g. Eötvös Scholarship of the Hungarian Scholarship Board, Hungarian Scientific Research Fund) and awards (L’Oréal-UNESCO for Women in Science 2018; Junior Prima in Hungarian Science 2009; and APA Frank A. Beach Comparative Psychology Award 2004 are the most renowned among them). She is a fellow of the Young Academy of Europe since 2017 and a founding member of the Young Academy of Hungary.

Kubinyi lectures in ethology and the evolution of canines, animal personality, and behaviour genetics. She has two science blogs for the general public in Hungarian about the behaviour of canines and other animals, she is the admin of six science-related social media pages, and is a regular guest in the media. She is married and has three children.